I laughed, I cried, I sighed Elba has a block that she must drag around with her all the time. It's no fun, but she has to do it. Norris is followed everywhere by butterflies. He doesn't quite understand Elba's block, but he wants to help. This story is one of the most helpful depictions of dealing with loss and supporting a friend that I've seen. Grief doesn't go away, as this book shows, but it changes with time and patient friends can help ease the journey. Elba has lost All of Us With Wings is a remarkable, refreshing, dangerous book filled with beautiful language.

Michelle Ruiz Keil brings the supernatural, the world of art and music, themes of abuse and agency, and characters so real, my heart broke for more than one of them. I want more from this author. At a New England college, an elderly classics professor lets slip a comment that is taken for, but not meant as, a racial slur. What happens next changes his life and reveals the carefully hidden past he's taken great pains to conceal.

Exploring themes of racism, family, deceit, and shame, this is an amazing book, and it made me fall in love with Roth! Recommended by Dianah H.

A brief but potent look at how the memories and confusions of childhood are intensified by life under dictatorship, when unreality is imposed by the state. Karen Abbott provides a compelling account of the career of George Remus, a lawyer-turned-bootlegger, who has largely been forgotten despite the outrageous turns of his nearly unbelievable life. The twists in this story — including betrayal, insanity and murder — would be positively melodramatic, except that they are all true. Tom Waits fans, rejoice: here is a visual feast, three decades in the making.

Besides offering up the fruits of his work with Waits from several photo shoots and album covers, Mahurin digs deep into his film archives to create new images of whim and fancy of one of the greatest storytellers of our time, all compiled into this lovely and unique collection. Those familiar with this icon, as well as newcomers, will not be disappointed.

Recommended by Aubrey W. Nimue's ferocity combined with the freshness of the plot make this action-driven story one epic novel. The award-winning duo of Gerald the Elephant and Piggie the — well, Piggie — is back! Also, how did we get in this blurb? A snapshot of the multitudes of experience in s London. This is also Smith's debut novel. Recommended by Alex Y. This perfectly rendered classic tells the tale of a miserly tailor who loses all his money, but gains something much more precious. A great story with moral dilemmas, ironic twists, and insight into human nature at its best and its very worst.

Memoirs of a Polar Bear is such a strange, enchanting book.


Told from the point of view of three different generations of polar bears, it is both a work of magic and a poignant look at parenting and abandonment, and all the ways those terms can be complicated. Strange Grace has some of my favorite ingredients for a book: witches, sacrifices, queer love, body horror, and its own dark, peculiar magic, unique unto itself.

Medallion Status True Stories from Secret Rooms John Hodgman [isbn] As John Hodgman is recognized as a minor celebrity less and less, he pauses to reflect — as any philosopher-king might — on the anxiety he feels about his frequent flyer program, among other things. The Heartbeat of Wounded Knee: Native America from to the Present David Treuer [isbn] The Heartbeat of Wounded Knee is a sweeping account of Native Americans from pre-"who shall not be named" to present day, and a rich counter-narrative to the myth that Natives are a relic of the past. Grand Union: Stories Zadie Smith [isbn] The first short story collection from master novelist Zadie Smith is an assemblage of brief but potent vignettes, ranging from aimless Spanish resort holidays to uncomfortable Manhattan lingerie shopping, that all offer reflections on identity in changing times.

Winterwood Shea Ernshaw [isbn] With Winterwood , Ernshaw has once again crafted the perfect atmospheric autumnal page-turner. How to Catch a Mole Wisdom from a Life LIved in Nature Marc Hamer [isbn] In this quiet, respectful and inspiring tome, Hamer uses moles as a framework for his philosophy on nature and life, incorporating prose, poetry and even illustrations.

A Pilgrimage to Eternity: From Canterbury to Rome in Search of a Faith Timothy Egan [isbn] On a spiritual journey across 1, miles of Europe and 2, years of Christian history, Timothy Egan reckons with his skepticism and lapsed Catholic beliefs while confronting a bigger question: What is the role of religion in a world that is rapidly losing its faith? A Tale of Magic Can You Hear the Trees Talking? Mary Toft or The Rabbit Queen Dexter Palmer [isbn] Dexter Palmer digs up an old gem of a story from s England and puts his particular touch to this tale based on the real-life account of Mary Toft, a wife and field laborer who appeared to give birth to several dead rabbits.

Rusty Brown Chris Ware [isbn] Chris Ware takes the ordinary lives we all live, weaves them together, makes them small and big.

Incest Christine Angot, Tess Lewis [isbn] Angot's Incest is one of the strangest and most disturbing books that I've read, and also one of the most effective. Look: Poems Solmaz Sharif [isbn] In Look , Solmaz Sharif rewrites the military dictionary to investigate the ways that language may be appropriated and changed, the way definition can be used to obscure meaning rather than to illuminate. Edison Edmund Morris [isbn] Thomas Edison was a colossus of American life, holding over a thousand patents when he died. Unfollow: A Memoir of Loving and Leaving the Westboro Baptist Church Megan Phelps-Roper [isbn] This book follows the story of Megan Phelps-Roper, beloved daughter of the Westboro Baptist Church, as she journeys from faithful follower of the doctrine, to questioning doubter, and finally, to leaving the church and the only home and family she's ever known.

Wrecking Ball Jeff Kinney [isbn] New troubles arrive on the other side of a family inheritance for the Heffleys, once they begin fixing up their house. Year of the Monkey Patti Smith [isbn] I'm not the type to underline passages, but this book tested my resolve. So You Want to Talk about Race Ijeoma Oluo [isbn] Oluo is an excellent guide through the explosive terrain of 21st-century race relations, providing clear explanations of the many ways American society is structured to empower white people, particularly men.

The Need Helen Phillips [isbn] The Need is a breathtakingly beautiful, terrifying work of brilliance. Gods of the Upper Air Charles King [isbn] Charles King tells the story of the intrepid individuals, including Margaret Mead and Zora Neale Hurston, who developed modern anthropology despite intense social pressures and interpersonal strife.


Book of Mutter Kate Zambreno [isbn] Zambreno's book belongs, in my mind, to a growing collection of memoirs that mourn the loss of complicated, fully human mothers via fragment, memory and meditation, borrowed voices — if you've read and liked Mothers by Rachel Zucker, or Mother Winter by Sofia Shalmiyev, you'd do well to pick Book of Mutter up next.

With the Fire on High Elizabeth Acevedo [isbn] Acevedo's sophomore novel is a delightful concoction of a book, whose voice is as unique as a restaurant's signature dish. Starless Sea Erin Morgenstern [isbn] Erin Morgenstern is the kind of writer who, as she grew up, never lost her childhood sense of wonder. Nerdy Babies Space Emmy Kastner [isbn] Listen, have you ever seen anything cuter than the planet Earth on the cover of this book? High School Sara Quin and Tegan Quin [isbn] As for so many, high school was a crucible for Sara and Tegan Quin, during which they discovered their identities and developed their voices.

The Princess and the Pony Beaton, Kate [isbn] A delightful book about finding strength in unexpected places and finding your cuddly side. Sticky Fingers Green Thumb Baked Sweets That Taste of Nature Hayley McKee [isbn] With delightfully inventive botanical alchemy — including combinations such as pumpkin and saffron, spiced parsnip and willow blossom, rock salt and rosemary — McKee's bakes are sure to dazzle the senses and enchant the eye.

One Long River of Song: Notes on Wonder Brian Doyle [isbn] I came across a question in a book group on social media the other day: If you were stranded on a desert island, which author's work would you wish you had? Parisian Isabella Hammad [isbn] This beautiful debut novel may be my favorite this year! Red, White, and Royal Blue Casey McQuiston [isbn] I'm a firm believer that we all need a little romance in our lives from time to time. Human Stain Philip Roth [isbn] At a New England college, an elderly classics professor lets slip a comment that is taken for, but not meant as, a racial slur.

An Elephant and Piggie Biggie-Biggie! Silas Marner George Eliot [isbn] This perfectly rendered classic tells the tale of a miserly tailor who loses all his money, but gains something much more precious. Strange Grace Tessa Gratton [isbn] Strange Grace has some of my favorite ingredients for a book: witches, sacrifices, queer love, body horror, and its own dark, peculiar magic, unique unto itself. Browse by Staff Member. Abigail R. Adam P. Adrianna S. Adrienne C. Alec B. Alex K. Alex Y. 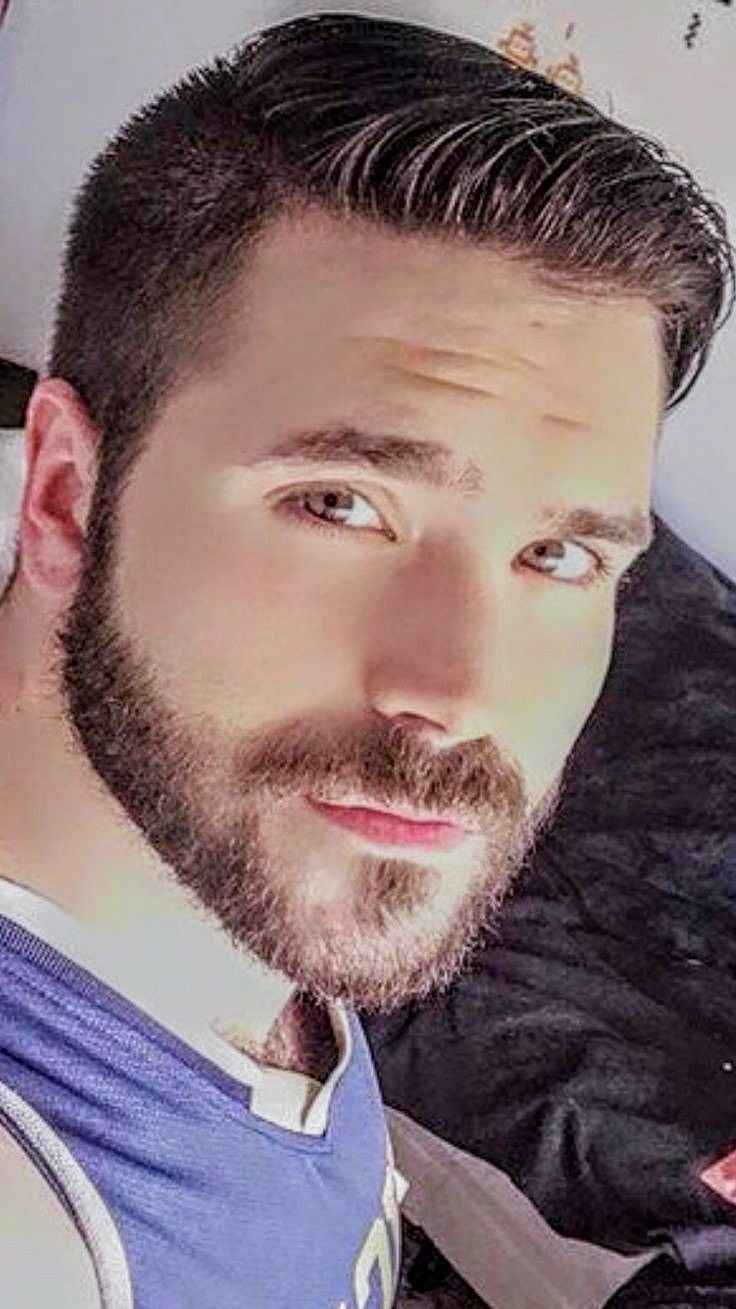