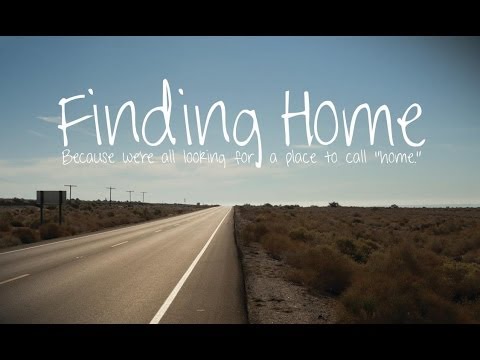 You will need to take this into consideration when bidding. More information. If aged under welfare benefit reform you may not be automatically entitled to any help towards paying the rent.


To make the most of your bidding opportunities, please only bid on properties that meet your assessed bedroom need. If in doubt please check your banding assessment award letter. A reduced housing benefit payment applies if you have more bedrooms than you are entitled to under HB regulations. This property has a level access shower. This property has a stairlift.

His creature status changes everything, and secrets start to be revealed. His view on who he is and who he can trust is altered, and his eyes are opened to the true meaning of the war. Harry comes into a surprised creature inheritance on the night of his 16th birthday. This was done with her permission and blessing.

This story for the first few chapters will follow her story closely, I will be adding lore, interactions, and emotions to those chapters. The farther along my version gets the more different it will become. I hope to do them justice but still add my spin on them along with at least one of my OCs. Lastly, I hope you enjoy my choices for Harry's canon character mates. Please read the relationship tags to see who I will be adding.

Also, note in this story Hogwarts begins at 13 and ends at Their first year combines the curriculum for the original 1 and 2 year since they are older and can handle the busier schedule. See the end of the chapter for more notes.

Harry woke with a jolt to the flash of lightning and the rolling boom of thunder. The rain beating steadily against his bedroom window, wind shaking the glass panes. He rolled over on his thin bed, bedspring digging into a bruise on his rib that his Uncle gave him the day before.

The pain it caused felt like a spark of electricity shooting up his spine, head throbbing and breath stuttering until he eased his weight off the spot. His body was in such tremendous pain he felt nauseous with it, stomach threatening to hurl, and the pressure of his full bladder made his lower abdomen ache. Unable to sleep like this, Harry stumbled over to his window, as lightning shot across the sky once more.

Harry worried over Hedwig since she was out in the storm, he made sure at the start of summer she would only come back for a few hours a day. It was just too inhumane. Scanning the trees, he saw amber eyes glowering at him from the ash tree in the backyard next door. Harry opened the window sheepishly after checking the street for passersby, though he doubted there would be any at this hour or in this weather.

She sailed through the window, alighting on her perch with a disgruntled hoot and a shake of her feathers causing water droplets to spatter upon the plastic folding table under her.

Harry reached out to caress her, but she nipped at his finger before allowing it. His whole frame throbbed from the constant beatings he received from his Uncle starting the moment they arrived home. And with no contact from his friends so far, Harry was quickly losing hope that he would make it through this summer alive. The hope had been a small flame held close to his heart, but now it flickered more and more with every day that passed.

But he at least expected Ron and Hermione to mail him. Ever since Harry arrived home, his family locked him in his cramped room, his trunk, and wand in the cupboard under the stairs.

Which had been his bedroom until his thirteenth birthday when he received his Hogwarts letter. Appearing daily to deliver a few blows, like an ongoing nightmare, sporadically beating him until he passed out. His Aunt would let him out once or twice a day to use the loo, but she frequently forgot. Meals were even more scarce, and this was also part of why he made sure Hedwig was out of the house so she could hunt.

During the previous summers, he would divide the little amount of food he received with her, which never contained enough meat to keep her healthy. So this time Harry released her before they even got on the train, instructing her to only come home while his Uncle was asleep.

When his relatives asked, he informed them she was staying at Hogwarts over summer vacation because she had broken her wing and that the groundskeeper had offered to take care of her. Or worse, Uncle Vernon finally going through with his threats to kill her.

He just continued to encourage her to eat them to keep her strength up. Harry hoped that what he received in previous years plus the small amount he purchased with the few sickles that remained from his shopping trip before school would allow him to maintain the weight he had gained while at Hogwarts. He was wrong. They only deigned to give him food infrequently, always overcooked, cold vegetables.

If he was lucky, he might get a piece of burnt toast. Plates showed up pushed through the cat flap in his door. He was sure it was the leftovers that Dudley refused to eat. Rain splattered his face as he leaned out the window. Harry grabbed the empty water bottles he had squirreled away and held them outside, gathering rainwater to drink.

There was no plate of food at the door, so he moved over to the loose floorboard under his table to retrieve one of the pumpkin pasties from his bag of food. Harry opened the wrapper, the almost silent pop of a preservation charm bursting disturbed the silence. Most wizarding foods had preservation charms on the wrapping that would last a few years, making it easy for Harry to stretch what he had without having to worry about anything going bad, he was immeasurably thankful for that.

The last thing Harry needed was food poisoning. He nibbled on the pastry, knowing that if he ate too quickly, he would end up sick. It would do him for the day. He survived then, and he would survive now. He continued to watch the lightning strike as he helped Hedwig preen, gently scratching at her pin feathers. The longer he stood, the stronger his pain grew. Giving in, he crawled back onto his bed, no blanket, or pillow to help comfort him, just Hedwig resting her head against his neck. Harry startled awake to the sound of the locks on his door clicking open.

The man usually gave him at least a day of reprieve after beating him so horribly it rendered him unconscious. A quick glancing out the window showed it to be mid-afternoon, and since it was a weekday, it was more than likely his Aunt. It never hurt to be on guard though. The handle finally turned, Petunia standing in the doorway, face pinched in a grimace as she took in his appearance and stench. And be back in your room in fifteen minutes, or Vernon will hear about it.

It had been five days since she last allowed him to bathe, so his hair was limp and greasy, his skin tacky from sweat and blood. Gathering up his bathroom supplies before stumbling out of his room, Harry hurried into the restroom downstairs.

He jumped in the shower, rubbing down his body with the unscented bar of soap before lathering up his hands and running them through his hair. Harry then opened his mouth so that he could drink as much water as possible while his hair rinsed out. Once he was as reasonably clean as could be, considering the circumstances, he left the shower, wiping himself down with the ratty towel and then using it to clean off the fogged up mirror so he could look at the lashes on his back.

They were red, angry, and swollen.

One closer to his butt was a little yellow in one spot, showing signs of infection. Harry sighed, wheezing towards the end.

There was nothing he could do and his inability to reach some of the wounds on his back to clean them was a problem. But it was only two weeks and three days before his birthday and ever since school started someone always picked him up a few days after his birthday. Harry could probably sneak a general healing potion from Mrs. Knowing that his time was nearly up, Harry dressed, holding his shirt as far away from his back so as not to brush it against the lashes. 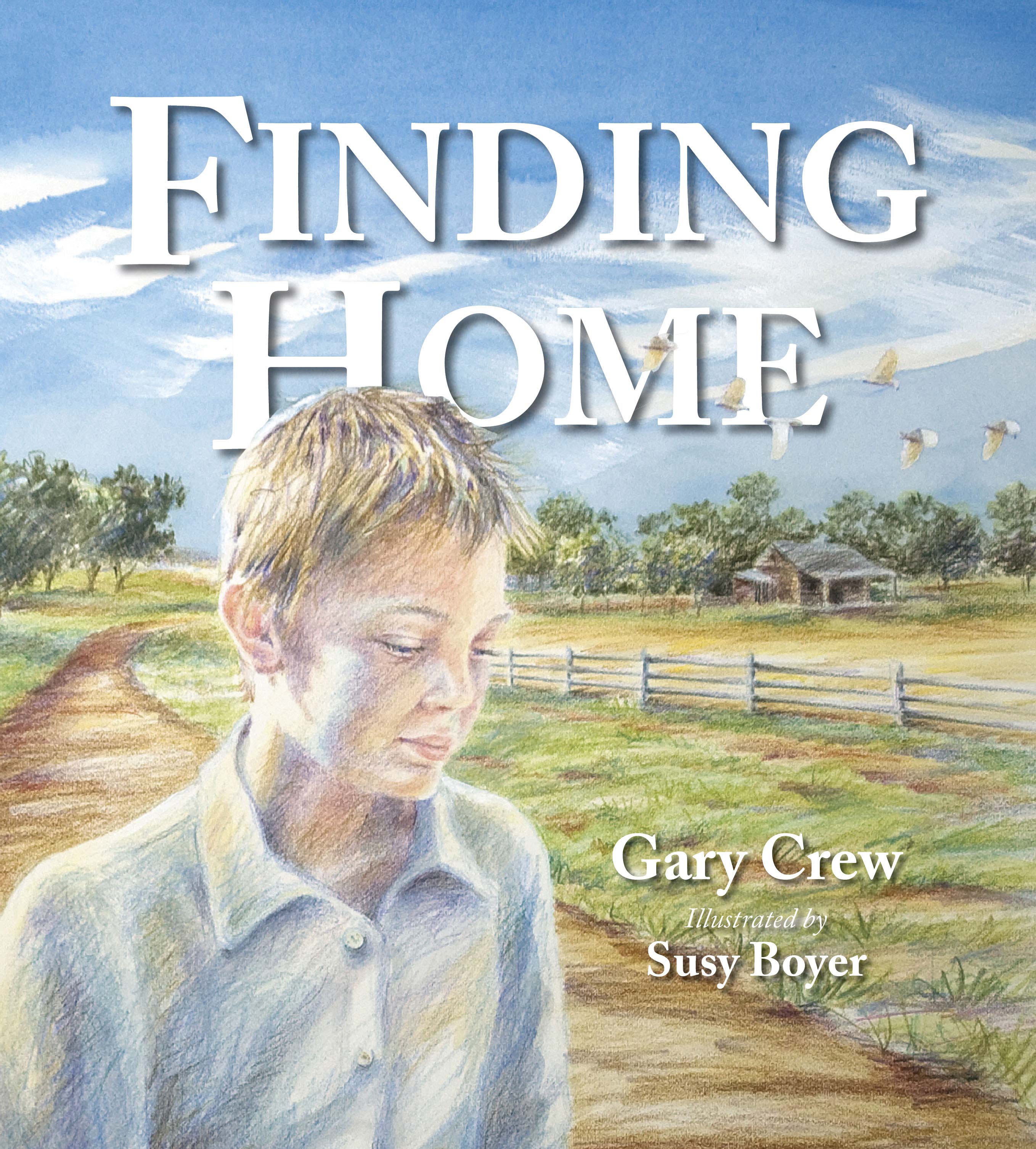 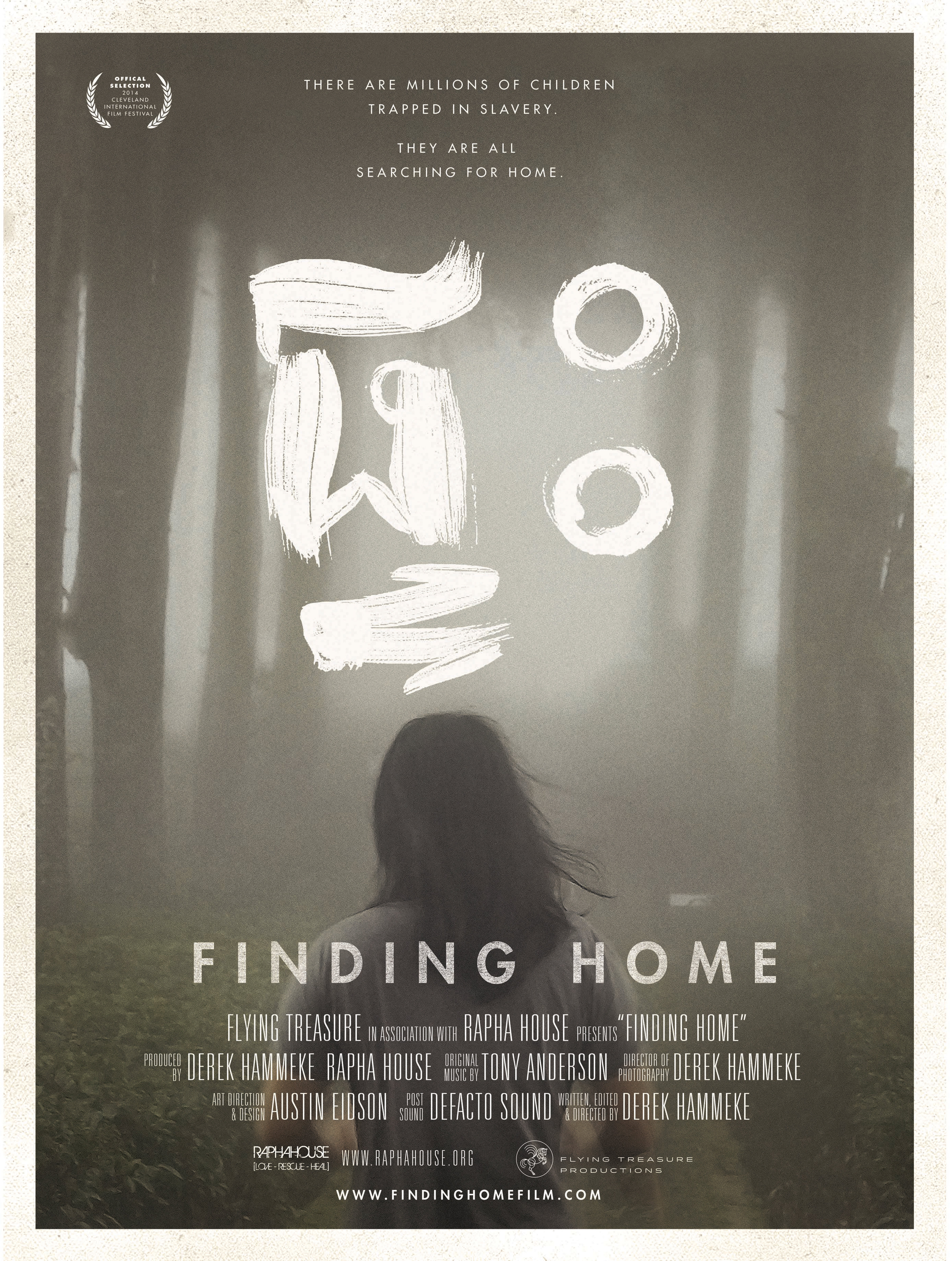 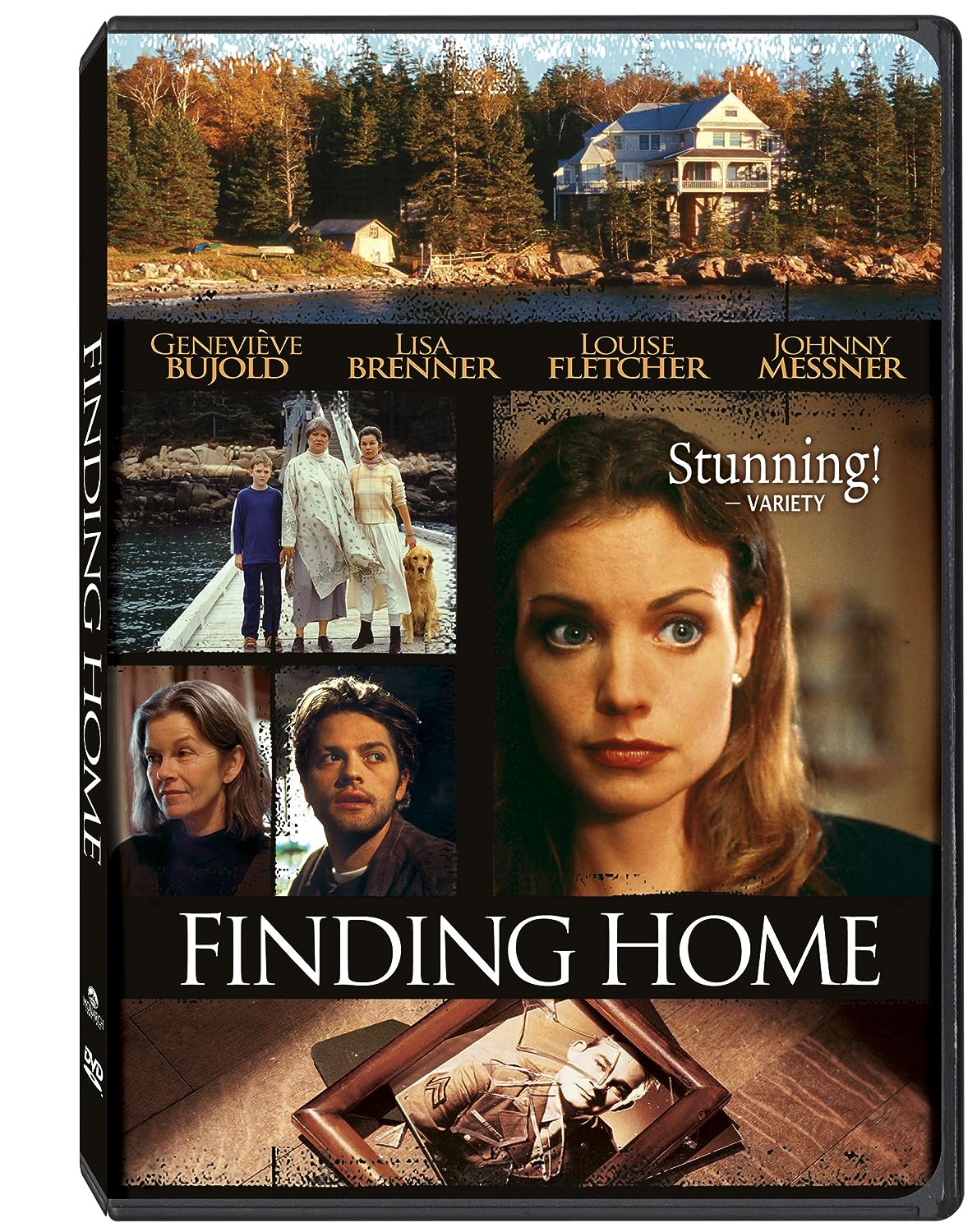 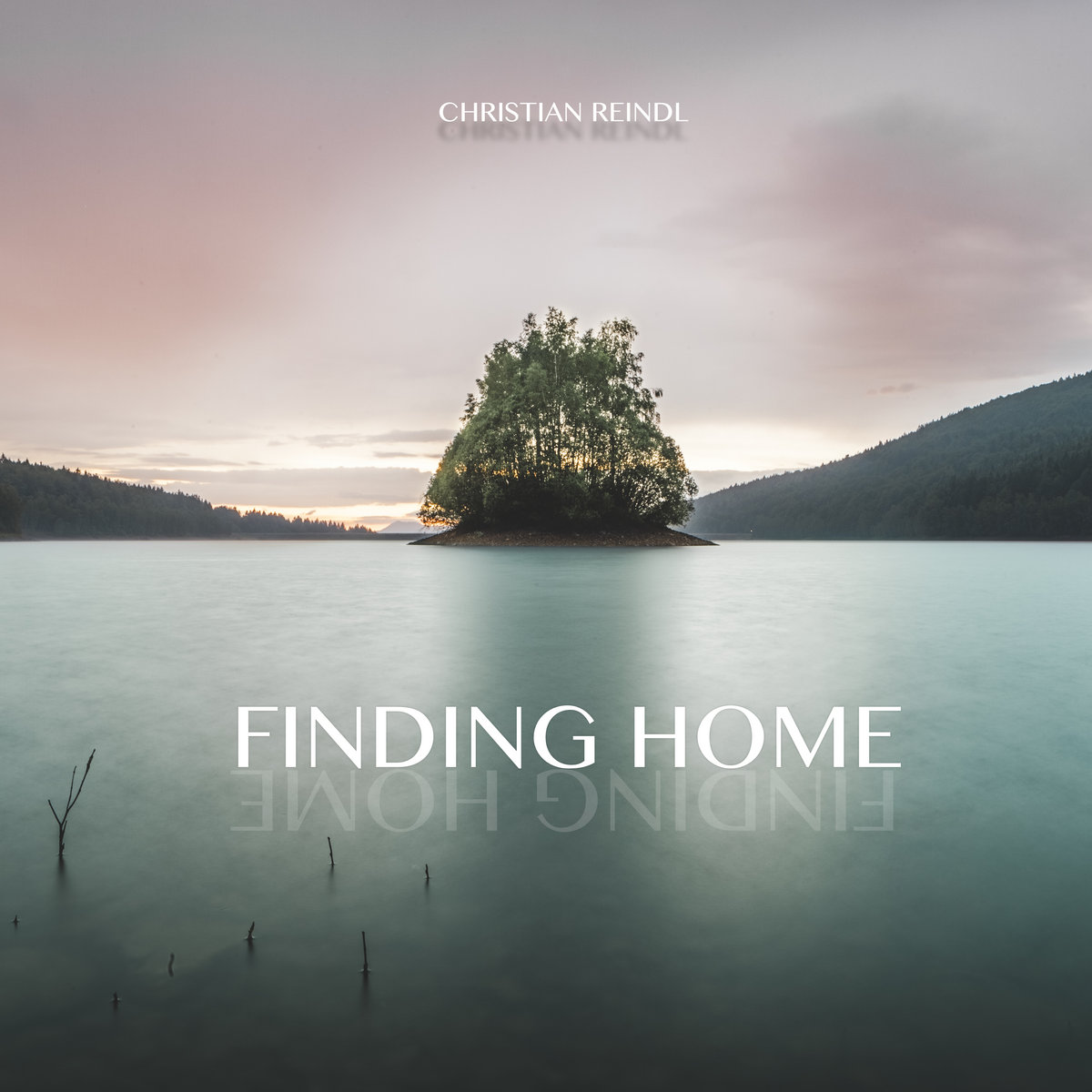